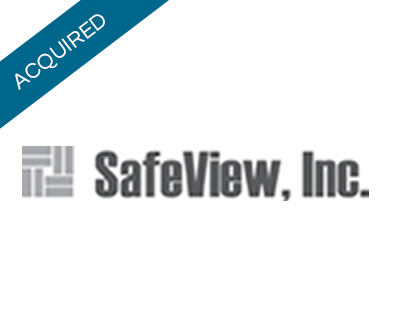 SafeView, Inc was established in 2002 to bring new technologies to the marketplace that improve both the safety and efficiency of checkpoint operations while also improving performance. SafeView has built the only portal that can effectively and efficiently identify any objects hidden on a person’s body or in their clothing. Using technology developed at Pacific Northwest National Lab, with significant R&D money funded by the FAA and DOE, the SafeView portal uses active millimeter wave technology to quickly screen each individual for hidden threat objects. At the heart of SafeView’s patented technology are sophisticated software algorithms based on the company’s unique expertise. SafeView’s system offers the only effective and acceptable alternative to metal detectors, pat down searches, and other means used to ensure safety in buildings, ranging from airports to prisons to government facilities such as court houses, border crossings, and military facilities, to commercial buildings, sports & entertainment venues. SafeView was acquired by L-3 in March of 2006.

Paladin has invested in over 65 portfolio companies since 2001.

Paladin has invested in companies in North America, Australia, Europe, and South America.

Paladin manages over $1 billion of committed capital across multiple funds and investment vehicles.