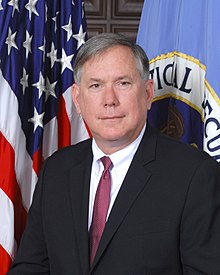 Richard H. Ledgett Jr. is a Managing Director at Paladin.  He is a recognized expert in cyber threats, spent nearly 30 years with the National Security Agency (NSA). He was its deputy director and acting chief operating officer from 2014 until his retirement in 2017.

He served in a joint intelligence community operational activity, and as an instructor and course developer at the National Cryptologic School. Ledgett also spent nearly 11 years in the U.S. Army working in signal intelligence. Between the Army and NSA, he completed six field tours.

He holds a bachelor’s degree in psychology and a master’s degree in strategic intelligence. In addition to the National Cryptologic School, he has been an adjunct instructor at the Joint Military Intelligence College.