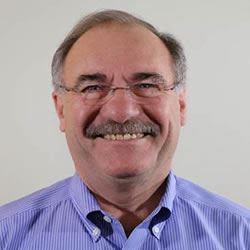 Richard C. Schaeffer, Jr. is a former Senior Executive with the National Security Agency (NSA), with over 40 years total U.S. Government service, including 15 years as a member of the Defense Intelligence Senior Executive Service. He brings extensive leadership, management, and technical experience in the area of Information Security and Intelligence. During the early phase of his career Mr. Schaeffer led technical programs and organizations from several dozen to several hundred people, with financial responsibility from several million to almost a billion dollars.

Since retiring from the NSA in April 2010, Mr. Schaeffer has continued to pursue his passion for improving the security of U.S. interests in the Cyber domain. He started a private consulting firm, Riverbank Associates, LLC, located in Severna Park, Maryland, providing clients with expert services in the areas of cyber and intelligence consulting. His client base includes a full range of private sector companies from small start-ups, to mid-size companies, to large system integrators and commercial businesses. He serves on the advisory boards of a number of government, private sector, and non-profit companies and organizations, including the Intelligence and National Security Alliance (INSA), National Board of Information Security Examiners (NBISE) and others. He also remains a strong advocate in the area of cyber education and training, believing that the Nation’s future in the complex world of Cyberspace depends upon a corps of professionals who are well equipped to deal with a rapidly changing technology and threat environment.

Throughout his career, Mr. Schaeffer has been recognized for his vision, leadership, and commitment to excellence. He is known for his strategic thinking, ability to build cohesive teams, political savvy, technical competence, and ability to communicate complex topics to any audience.