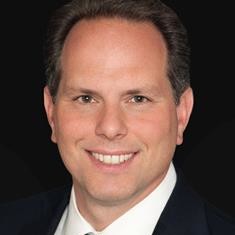 Jeremy B. Bash is a Founder and Managing Director of Beacon Global Strategies LLC.

Mr. Bash has spent the past 15 years advising national leaders and chief executives on a range of strategic, management, legal, and policy issues.

He is the only Obama Administration official to have served as Chief of Staff in two national security departments or agencies: first as Chief of Staff to the Director of the CIA (2009-2011) and most recently as Chief of Staff to the Secretary of Defense (2011-2013). As a senior advisor to Leon E. Panetta in both roles, Mr. Bash worked on a number of key initiatives, including the creation of a new defense strategy, formation of two defense budgets, the drawdown of two wars, counterterrorism operations, a new cyber strategy, and a range of sensitive intelligence operations. He traveled with Secretary Panetta to more than 50 countries. From August 2010 to May 2011, he was a member of the CIA’s senior management team overseeing the operation that killed Osama Bin Laden.

At the Pentagon, Mr. Bash managed the Office of the Secretary of Defense, an entity with 2,500 employees and a budget of $4 billion.

From 2004-2008, Mr. Bash served in a variety of roles on Capitol Hill, including Chief Counsel to the House Permanent Select Committee on Intelligence and as a senior national security advisor to Congresswoman Jane Harman. In 2008, he was a member of the Obama-Biden transition team.

In 2000, Mr. Bash was the Defense and Foreign Policy Director of the Presidential Campaign of Vice President Al Gore. He was a member of Gore’s legal team during the 36-day recount in Florida.

In 2000, he served as an Associate with Fontheim International, one of the preeminent consulting firms advising major corporations on trade policy, business social responsibility, and political risk.

He is a recipient of the Department of Defense’s Distinguished Public Service Medal, the CIA Director’s Award, the Distinguished Intelligence Medal, and the Donovan Award from the National Clandestine Service. In 2010, Time Magazine named Mr. Bash one of the nation’s Top 40 Civic Leaders Under 40.