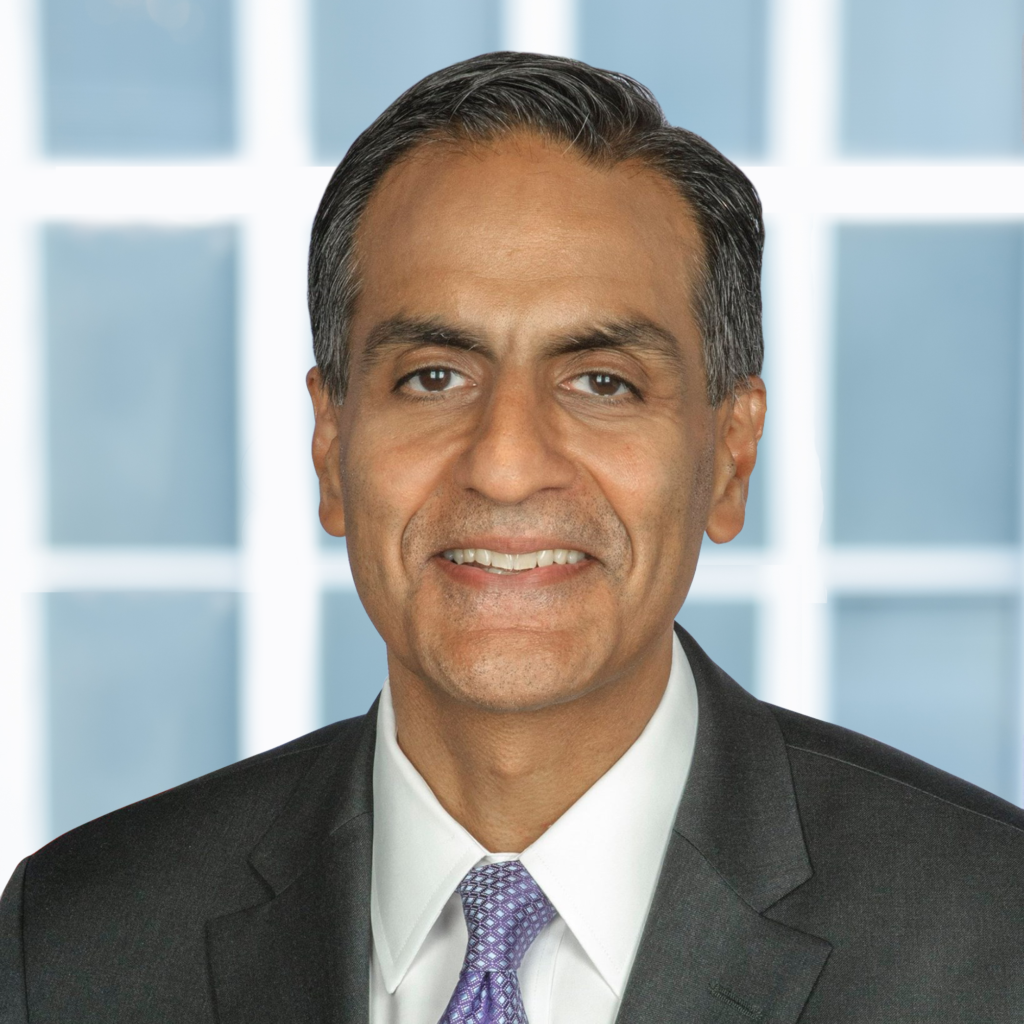 Ambassador Richard Verma is Vice Chairman and Partner at The Asia Group, where he leads the firm’s growth in South Asia. He previously served as the U.S. Ambassador to India from 2014 to 2017, where he is credited for the historic deepening of bilateral ties. A leading expert on trade and diplomacy in Asia, Ambassador Verma brings 25 years of experience across senior levels of business, law, diplomacy, and the military.

Nominated as U.S. Ambassador to India by President Obama and unanimously confirmed by the Senate, Ambassador Verma oversaw one of the largest U.S. diplomatic missions in the world, including four consulates with staff from nearly every agency in the U.S. Government. During his tenure, he championed historic progress in U.S.-India relations, with critical evolutions to bilateral cooperation in defense, trade, and clean energy. The Ambassador also oversaw an unprecedented nine meetings between President Obama and Prime Minister Modi – leading to over 100 new initiatives and more than 40 government-to-government dialogues.

Ambassador Verma was previously the Assistant Secretary of State for Legislative Affairs, where he led the State Department’s efforts on Capitol Hill. He worked as Senior National Security Advisor to the Senate Majority Leader and also spent time in the House of Representatives. He is a veteran of the U.S. Air Force, where he served on active duty as a Judge Advocate. His military decorations include the Meritorious Service Medal and Air Force Commendation Medal.

The Ambassador also brings to bear a distinguished career in the private sector. He was a partner in a major global law firm for many years, and he also led the South Asia practice of a Washington-based consulting firm, where he helped clients navigate international trade and public policy frameworks across the Indo-Pacific region. He was also a National Security Fellow at the Center for American Progress, and served as a member of the Weapons of Mass Destruction and Terrorism Commission led by former Senators Graham and Talent. He is a co-author of their landmark report, “World at Risk.”

In addition to his role at The Asia Group, Ambassador Verma is a Centennial Fellow at Georgetown University’s Walsh School of Foreign Service, where he supports the India Initiative – a signature program to advance research and teaching on India. The Ambassador also co-chairs the Center for American Progress’ U.S.-India Task Force, which is charting an actionable bilateral agenda to deepen U.S.-India ties.

Ambassador Verma is the recipient of the State Department’s Distinguished Service Award, the Council on Foreign Relations International Affairs Fellowship, and was ranked by India Abroad as one of the 50 most influential Indian Americans. Ambassador Verma holds degrees from the Georgetown University Law Center (LLM), American University’s Washington College of Law (JD), and Lehigh University (BS).